How to confirm merchant's banner code

We added this feature into Post Affiliate Network from version 5.5.5.1 due to security reasons.

When one of your merchants creates an HTML banner, his code can be dangerous. For example it can contain the code to read cookies, etc…

Banner confirmation feature does not allow merchants to use the banner until the network owner approves the HTML code. Merchant will get this info message:

Banner code is not confirmed yet. Please contact affiliate manager for confirmation of your banner code. 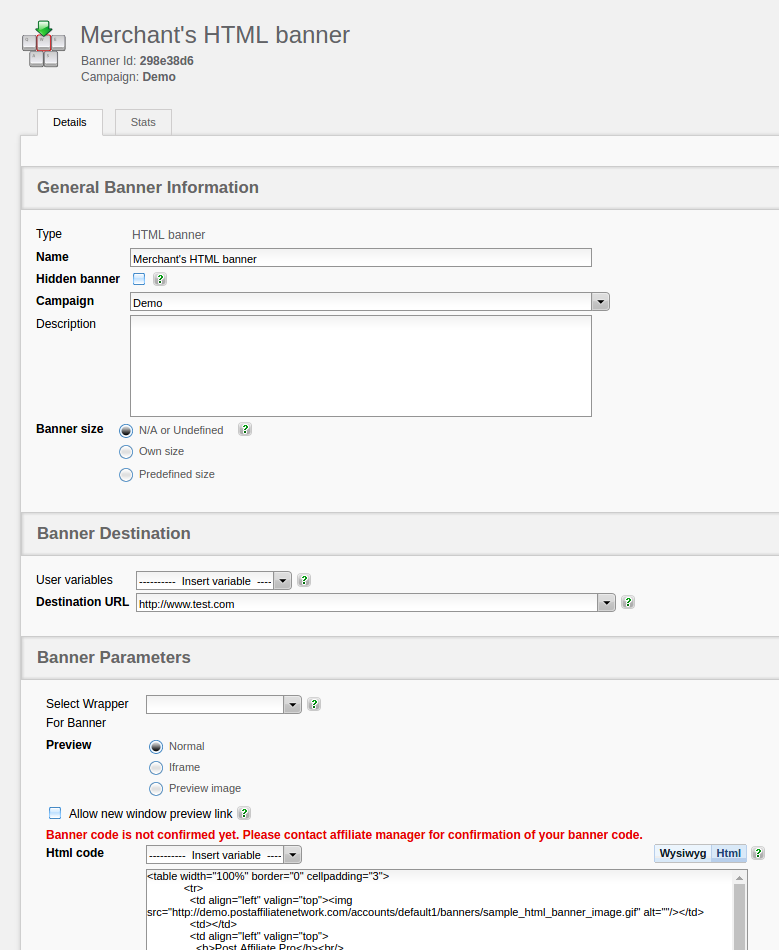 Then the network owner has to approve the banner code of this banner.

In banner manager, under 'banner status' column he can see a message 'Not confirmed!' He can confirm the code directly from banners manager screen by clicking on the magnifier icon next to the banner name like this:

or he can edit the banner. In banner's edit window he can see this info message:

Banner code is not confirmed yet. Please check the banner code if it contains only secure html content or scripts for you and affiliates.

When he switch to wysiwyg editor, a popup to confirm the code will display:

After network owner confirms the code, the banner will be approved and both owner and merchant can see it (not just the code).

Owner can set the permission in Tools > Roles > Banner confirmation