When adding a commission group to a campaign you may see the following window: 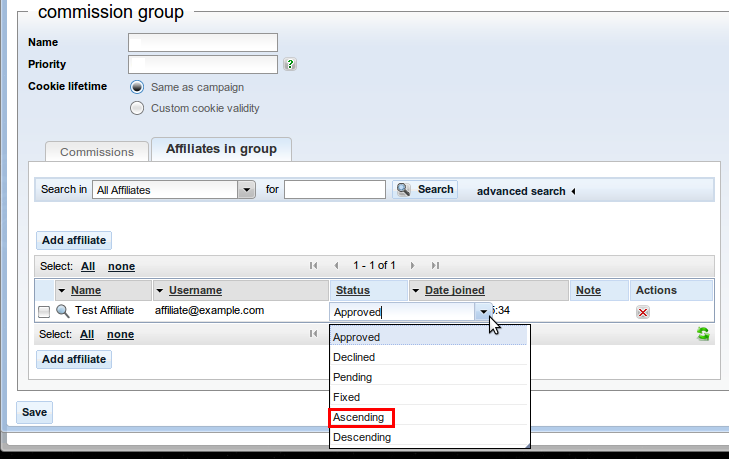