A forced matrix is a system where there is a limit to the number of referrals any affiliate can refer. It makes sense to use this feature only in case you have defined multiple tier commissions. If you have just a single tier commission defined, it makes no sense to create a structure of your affiliates.

Why should I push my affiliates into Matrix ?

You can activate the Forced Matrix feature in merchant panel at Configuration > Features. 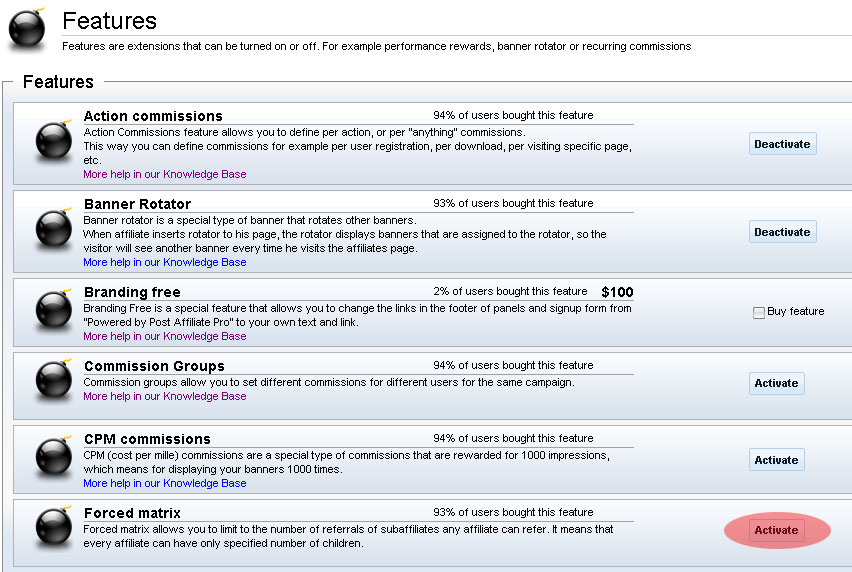 After activation and reload of application you will see at Configuration -> Affiliate signup  a new section called Forced Matrix: 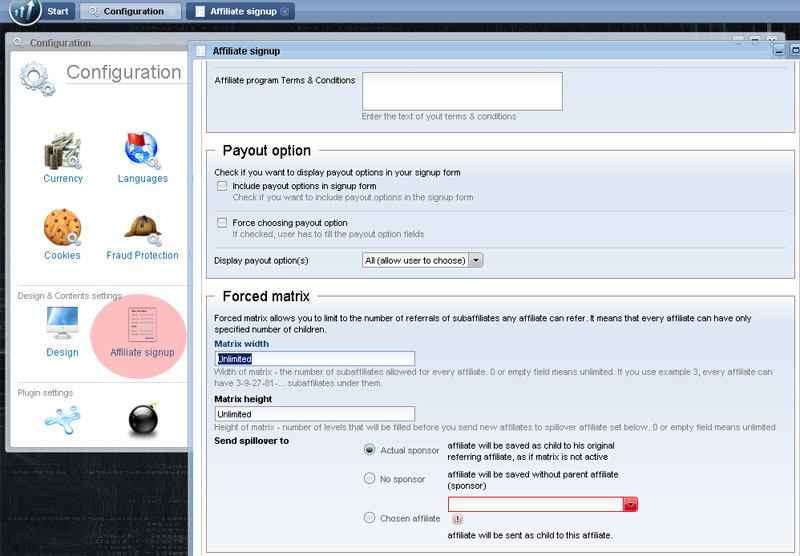 Matrix height - defines maximum number of affiliate levels filled by forced matrix rules before you send new affiliates to spill over to other affiliate. Unlimited number of levels will mean, that the tree of affiliates will grow and there will be no spillover ever.

When will be Forced Matrix rule applied ?

Forced Matrix is applied just during registration of new affiliates. If you have any existing affiliates already in your installation, their structure will not change. 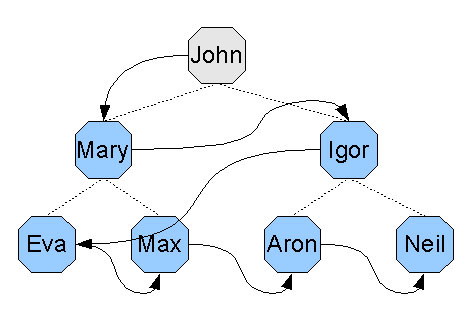 Imagine, that we have a full 2x2 matrix and a new affiliate (Mike) will be referred by John. The following image shows the exact scenario. Below we will try to show you what will happen for each setting of spillover . 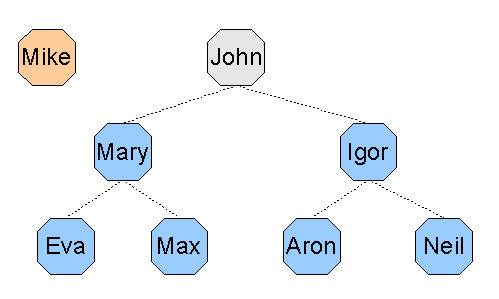 In case you defined, that the spillover affiliate should be assigned to the actual sponsor, Mike from our example will be assigned to John, because John is his sponsor who referred him. If we continue in this example with next affiliates referred by John, we will see, that before adding the next direct affiliate to John, first Mike's tree will be filled. Joe was not added to John's tree, but to Mike's, because Mike had no sub affiliates yet. In similar way was  Bill added to Mike's tree. If there is another affiliate referred by John, he will be assigned as John's direct subaffiliate.
This is the most effective way of building a Forced Matrix tree, because more performing affiliates are still motivated to refer new affiliates even if their forced matrix is full.

Example - Spillover assign to no sponsor

In our example Mike was referred by John, but John's tree was full already. If you chose, that new spillover affiliate should have no sponsor, it means, that Mike will be registered as an affiliate without any parent affiliate. This is shown in the following image:

IMPORTANT: In case John's tree is full already, this option will not motivate him to recruit next affiliates, because he will have no commissions from Mike's sales.

In case John's tree is already full and you chose, that all new spillover affiliates are assigned to the chosen affiliate (e.g. I selected in my example affiliate named Boss), Mike will not be assigned to John, but Boss. Following image also shows how we build tree of Boss even if all his sub affiliates are referred by John.

When deleting an affiliate, you have two options to decide what will be done with children of the deleted affiliate:

Here is a sample image: 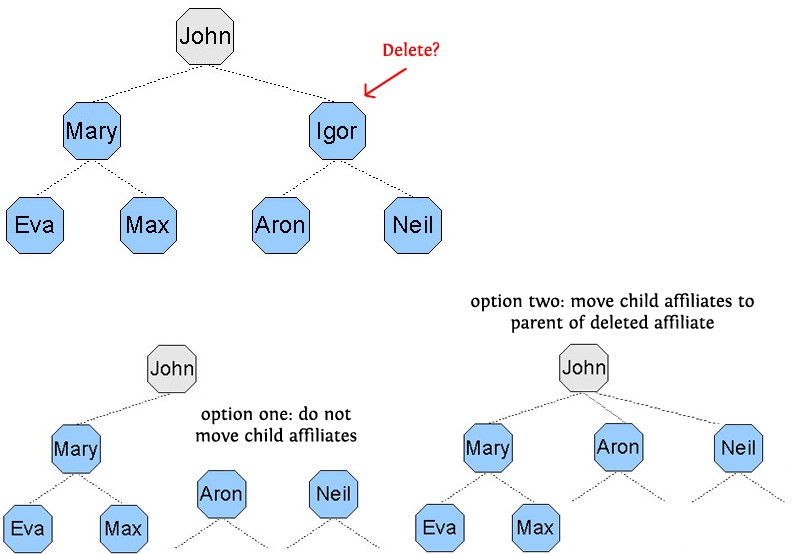 After you have both Forced Matrix and Performance Rewards activated you will have access to new action in Performance Rewards section called "add bonus commission to original referrer for every sale". This action lets you add some bonus commission to the original parent affiliate who actually referred the affiliate to your system, so not to the parent which was assigned to the affiliate based on Forced Matrix feature.